Copy more from others 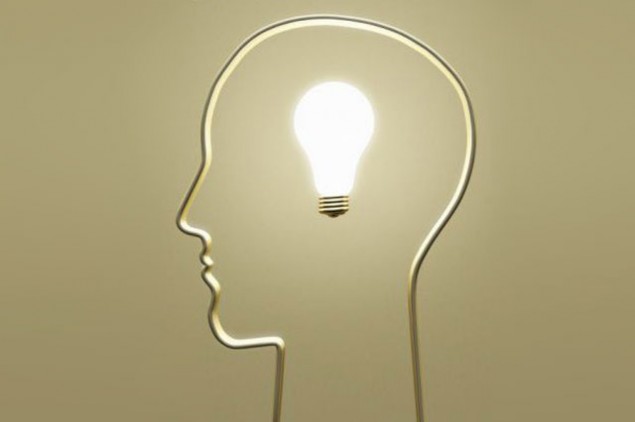 “Copy more from others”

Businesses are supposed to be more creative than government organizations. “But those impressions are wrong,” says Harry Starren, management guru and director of De Baak Management Center VNO-NCW. “Government organizations are not as bureaucratic as their reputation might imply, and businesses are not as dynamic.” The major cutbacks that social services are now facing may force breakthroughs to happen, in Starren’s opinion – if managers offer enough room for people to experiment.

“A nice topic. Let’s pick up the phone and see how far we get.” Harry Starren’s email in response to my request to collaborate on an article about why businesses are more creative than government organizations shoots into my inbox almost immediately. Starren is managing director of De Baak Management Center VNO-NCW (part of the Confederation of Netherlands Industry and Employers), has authored a diverse range of books on management, and lectures on leading professional organizations.

“I don’t think that government organizations are by definition less creative than businesses,” he says once we’ve established contact. “People have this view of sluggish, bureaucratic government organizations that are constantly lagging behind dynamic, creative businesses that are always on top of everything. But those impressions are wrong. Government organizations are not as bureaucratic as their reputation might imply, and businesses are not as dynamic. Big corporations also require you to fill out a huge stack of forms to declare an expense receipt. Banks are also extremely conservative, involving lots of routines and hierarchical management levels that easily hide behind a poor market when things aren’t going well. Conversely, the Netherlands has a relatively efficient government. There is a lot of international acclaim for things like our prison system and healthcare sector, which have a good price-quality ratio. That may also be related to our traditionally thrifty mindset.”

Social services face a huge challenge. They have to find ways to help more people find work in the coming years, with a fraction of the budget that used to be available for that task…

“That takes a lot of creativity. But I do think it is possible for it work. When you make minor cutbacks, you adapt the organization by doing everything less, or for cheaper. But the major cutbacks that the social services will be facing can force breakthroughs to happen. That certainly doesn’t have to make things worse. Just look at Vincent van Gogh, who was supported by his brother. He received money at first, but when it became apparent that he was spending it all on drink, his brother started giving him painting supplies. When a shipment was skipped once, Vincent complained that he only had enough money left to buy the color yellow. Well, we all know what gorgeous paintings that produced.”

How do you think social services will handle the budget cuts?

“I expect social services to focus primarily on the implementation costs. Savings can be achieved in many sectors by having the client do part of the work. That could be electronic banking, or weighing vegetables and scanning groceries yourself at a major supermarket like Albert Heijn. The Interpolis insurance firm has clients settle their own damage claims, trusting that their clients will not abuse their trust. A random selection of the claims is checked, just in case. Maybe social services could also have clients cover the risk of receiving social benefit payments that they aren’t entitled to. And then impose a strict punishment if that trust is abused.

The current Cabinet led by Rutte is playing for high stakes by cutting back the reintegration budgets so severely. Major cutbacks either lead to innovation, or destroy the entire sector. As Nietzsche put it, ‘What does not kill me makes me stronger.’”

You don’t doubt the innovative capacity of government organizations?

“Maybe people who can perform well in big, complex organizations are even more creative. It used to be that safety and job security were important incentives for getting a job at the railway company or postal service, but that degree of assurance hasn’t been all that high for ages now. Deciding to work for the government now seems much more driven by how important people consider ‘the public good’ to be, rather than risk avoidance.”

Don’t municipal authorities have a strong tendency to reinvent the wheel over and over?

“The aversion to ‘not invented here’ crops up all over the place, including in businesses. It may be related to the fact that copying from someone else’s work is discouraged here. The strength of our Western culture lies in its originality. The Chinese are jealous of that. But at the same time, that originality is also our weakness; we can’t imitate it. We should be copying more from others. In these times, we could learn a lot from countries that were hit by the crisis earlier on. How is the United States addressing unemployment?

Managing directors of social services should go on business trips to study how other countries do it. It shouldn’t be frowned upon.

A nice example of learning from others comes from Unilever. There are limited growth opportunities for food sales in the Western world, but there is a huge market for food products in developing countries. However, food in those areas has to be sold as cheaply as possible, which means that there are no margins to be won there. Right? But Unilever decided to figure it out on the spot and… can prepare meals for 80 dollar cents and sell them for one dollar. That’s not a bad margin at all.”

Is there something managers can do to promote creativity in their organization?

“Absolutely. As Jan Buijs, professor of innovation at Delft University of Technology, says: you have to diverge and converge, a concept that I translate as ‘contract and relax’. As individuals, we know that we become creative under major pressure. But if that pressure continues at that level for too long, we collapse. The same holds true for organizations. A manager needs to keep his organization under pressure, while simultaneously leaving room to create oases of calm: points in time where you can let go of it all for a few moments, like business outings and management team seminars.

A manager also needs to ensure diversity in the organization. That fosters ‘exchange tension’ that causes new ideas to emerge. Creativity is always about finding new combinations.

Finally, a smart manager ensures that there is lots of room to experiment. As soon as someone has a good idea, he should be able to say: ‘Try this, test it for yourself!’. I know that it’s customary to conduct feasibility studies first before prototyping an idea. But that’s not always necessarily cheaper. Extensive preparations also cost a lot of money. Offering a lot of room to experiment is encouraging. The most striking development is that the quality of proposals goes up, because the people submitting the proposals know that there is a real chance they might actually get to implement what they’re proposing.”

Who is Harry Starren?

This entry was posted in Interviews.