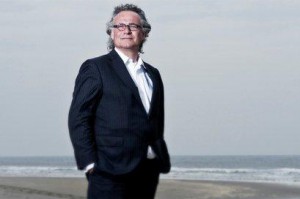 Harry Starren is the former CEO of de Baak VNO-NCW, the premier leadership development institute in the Netherlands. During his 15-year tenure, the company acquired venues in The Hague, Driebergen and Antwerp while also establishing partnerships with renowned international partners. It was during this period that de Baak established its reputation as being a platform for innovation and its turnover increased from € 6 million to over € 35 million and more than doubled the number of de Baak employees.

Mr. Starren is a recognized expert on leadership and entrepreneurship and widely acclaimed as both a lecturer and facilitator. As such he works at building on his previous successes with merging innovation with entrepreneurship. Working out of offices in Amsterdam and Nice, he is currently focusing on social, economic and cultural enterprises with an orientation toward the European market.

His formal education includes History (University of Utrecht, BA), Political Science /Public Administration (University of Amsterdam, MA/drs) with postgraduate studies taken at Harvard and the University of Maryland. Harry is a life-long-learner who continues to renew his expertise in all four communication skills. He has anchored the educational television show, Grandmasters in Management and is the author of several books, including The 21 Commandments of Leadership, as well as numerous articles on the philosophy and praxis of leadership.

Harry Starren is an active member of a number of supervisory boards along with being an adviser on innovation to large European organisations.